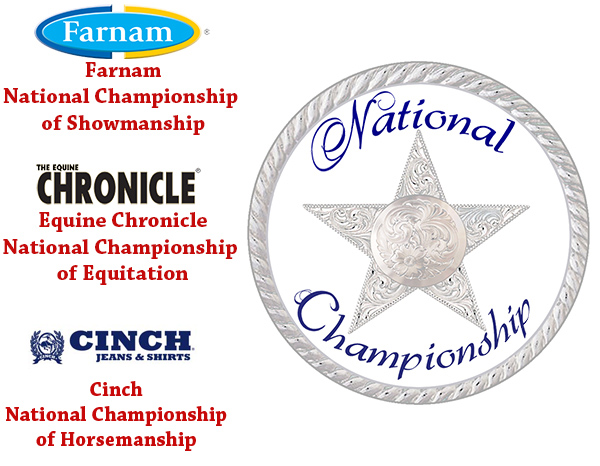 Camille Kennedy and The Perfect Kryme 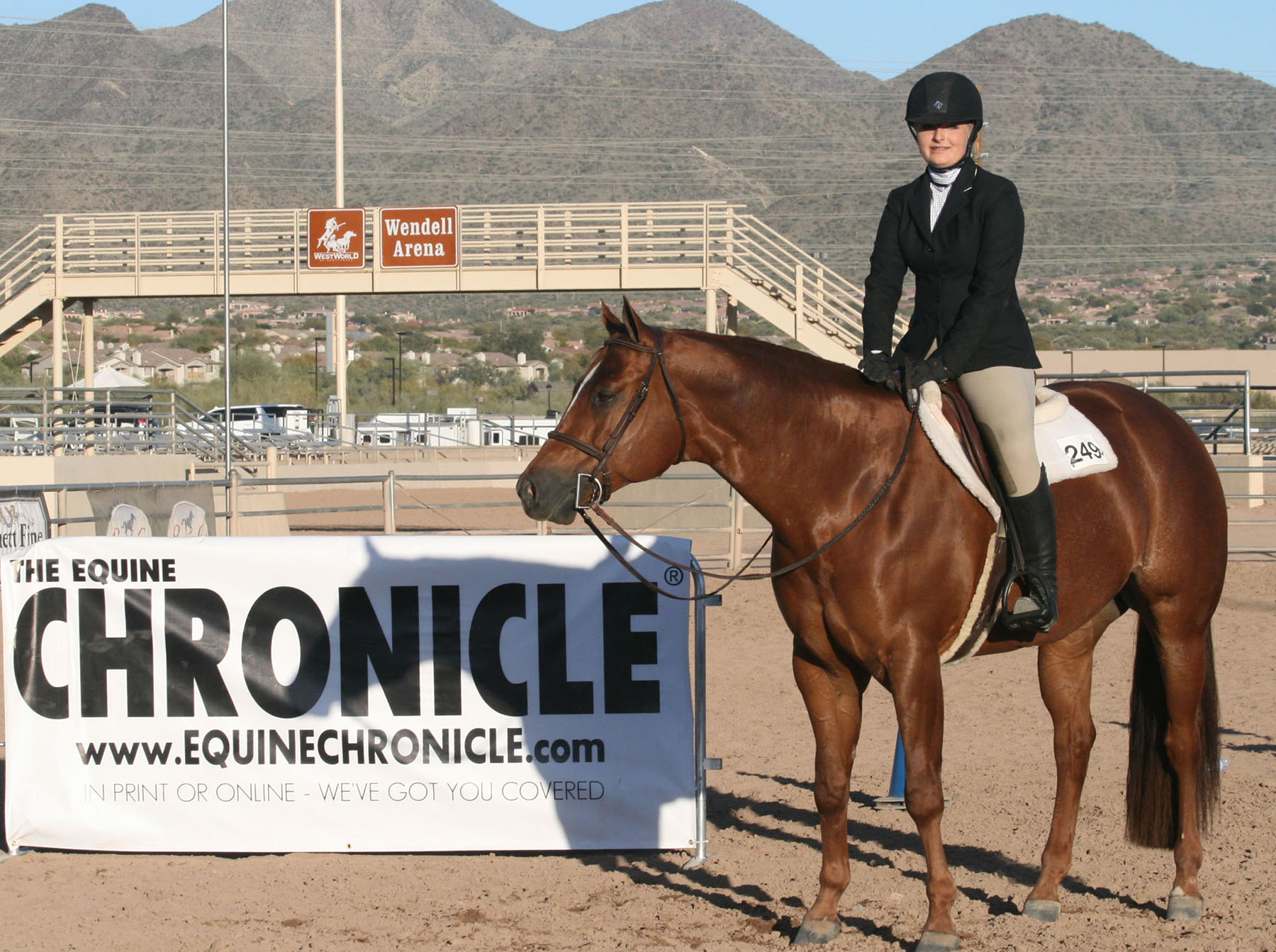 Camille Kennedy and The Perfect Kryme

Tatum Keller and She Runs Hot 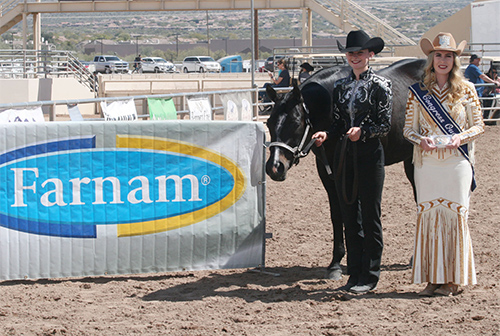 June Roberson and Bringin The Bucks 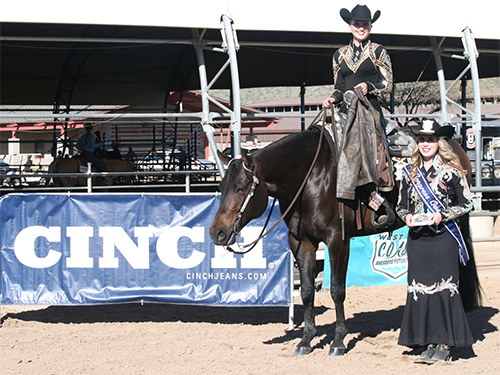 Jamie Lou Devencenty The Only Deal 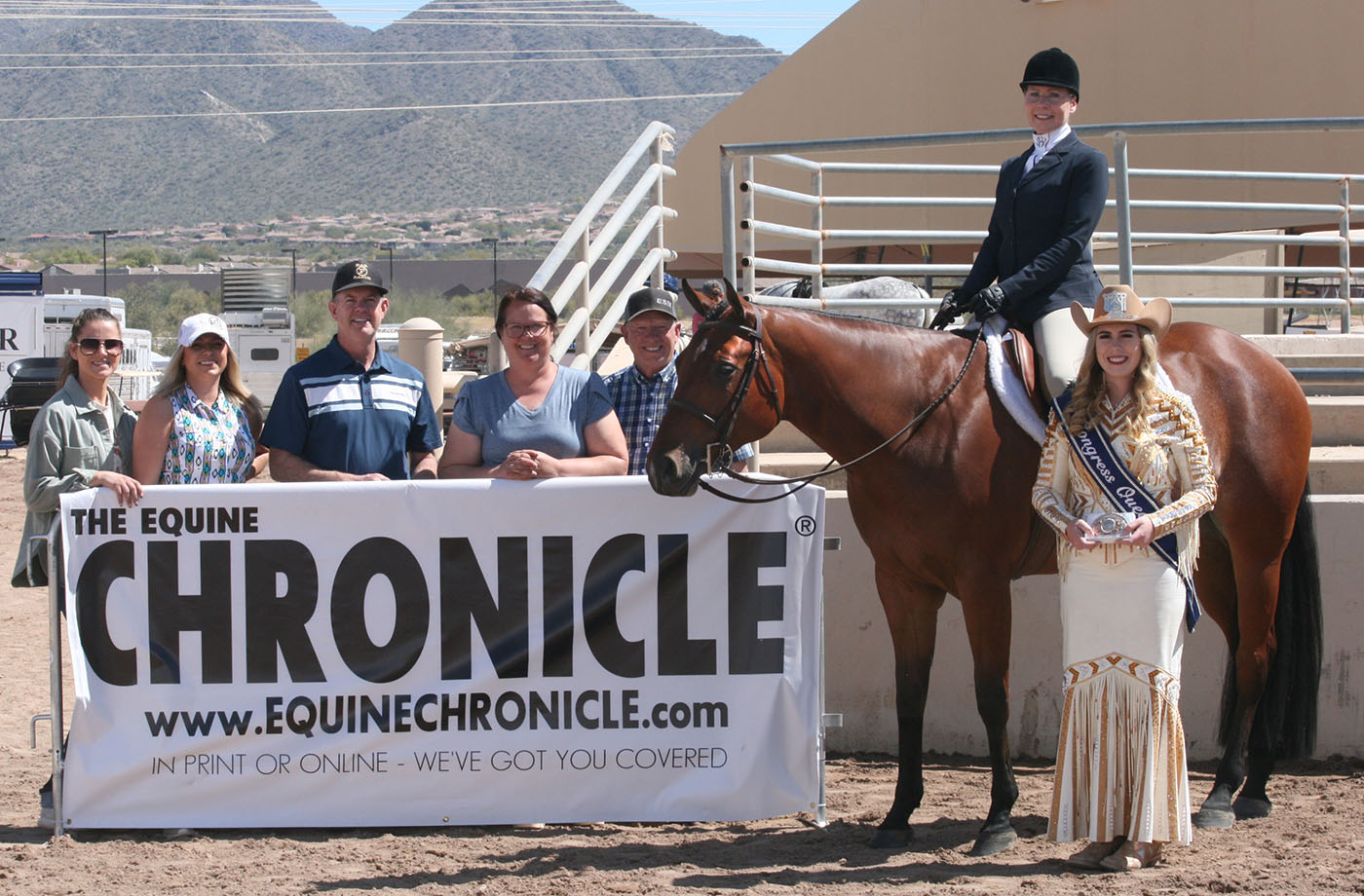 Scott Reinartz and Only One Request 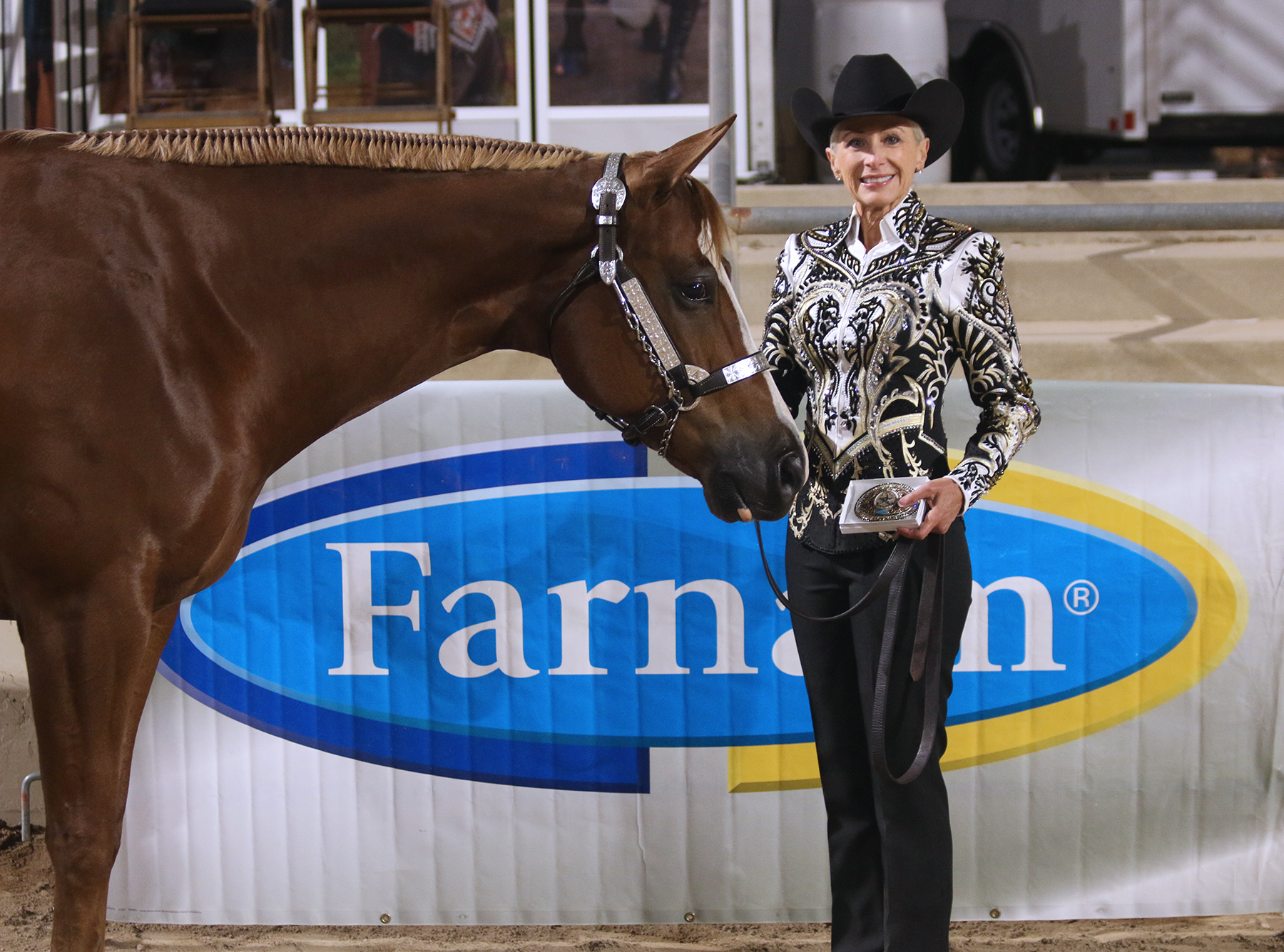 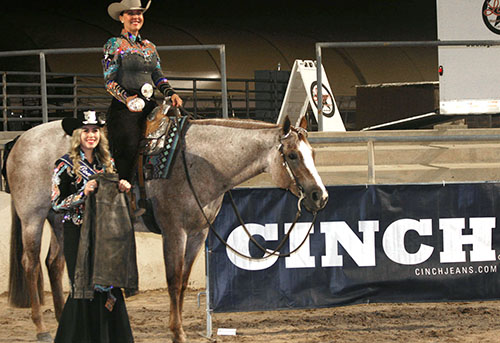 Johna Letchworth On The Roks 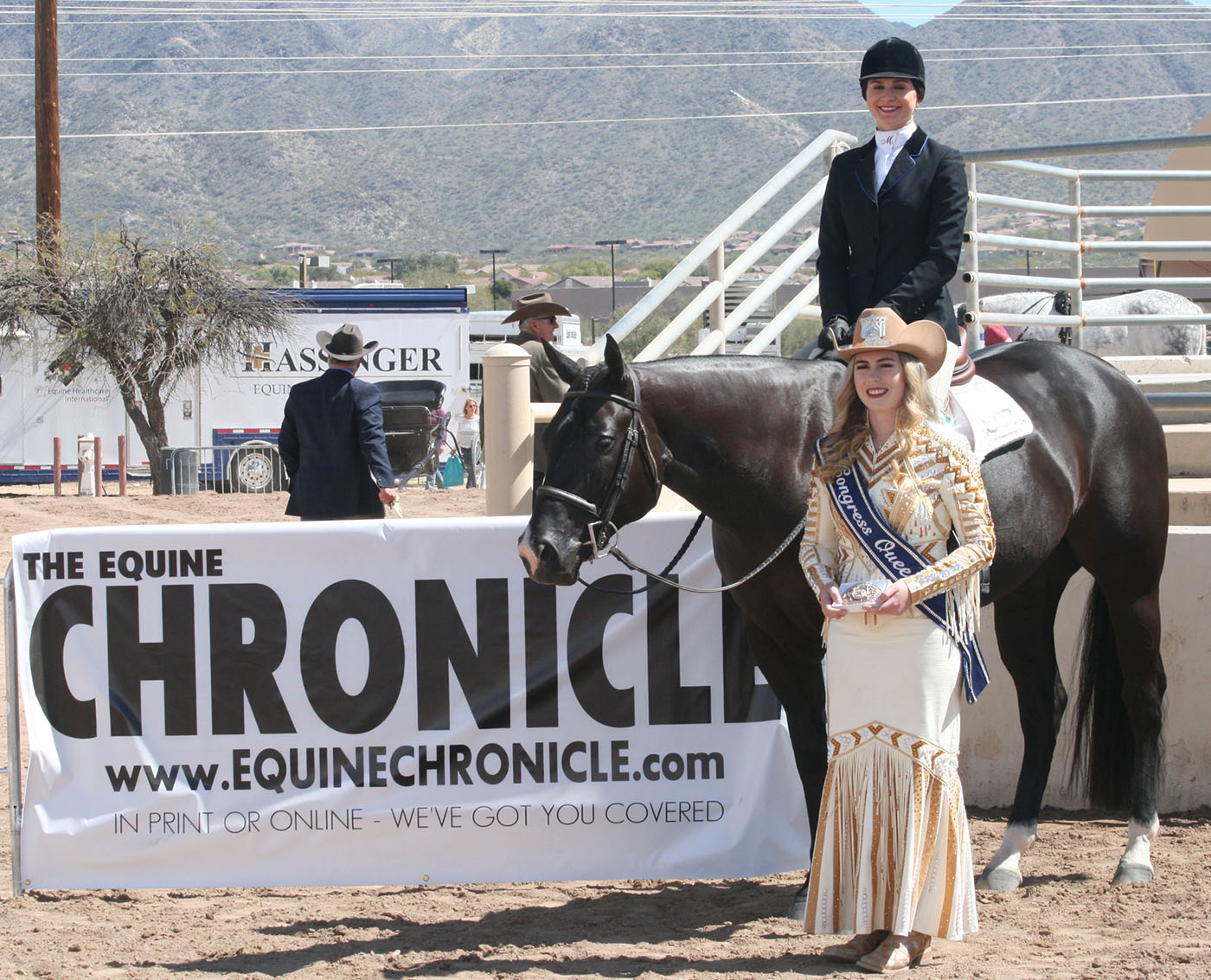 Giorgia Medows and Son Of A Sudden 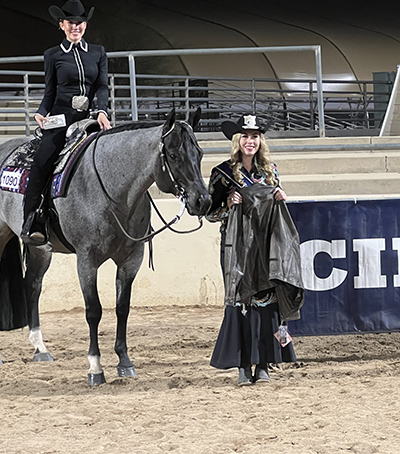 Kaleena Weakly and Definately A First 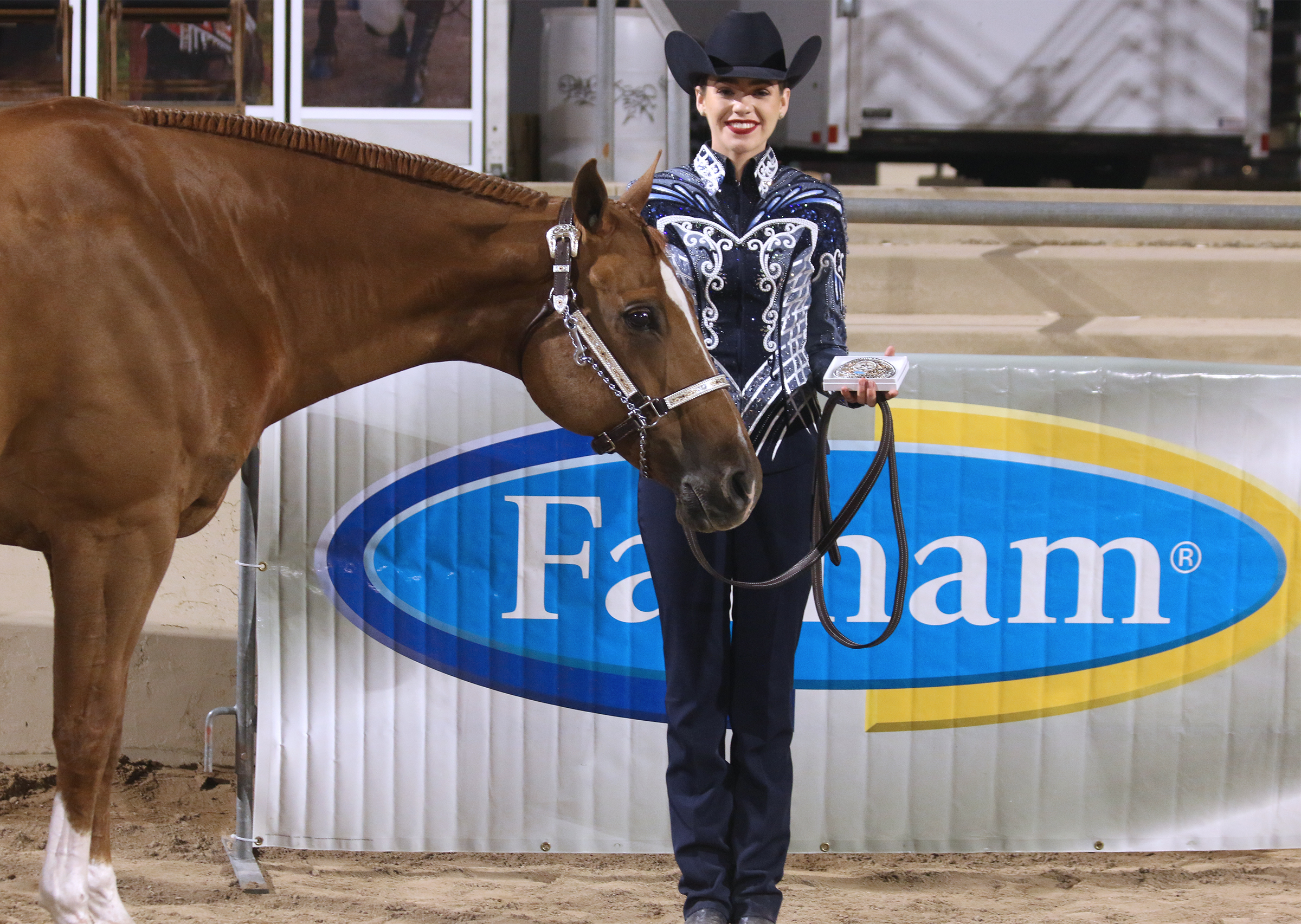 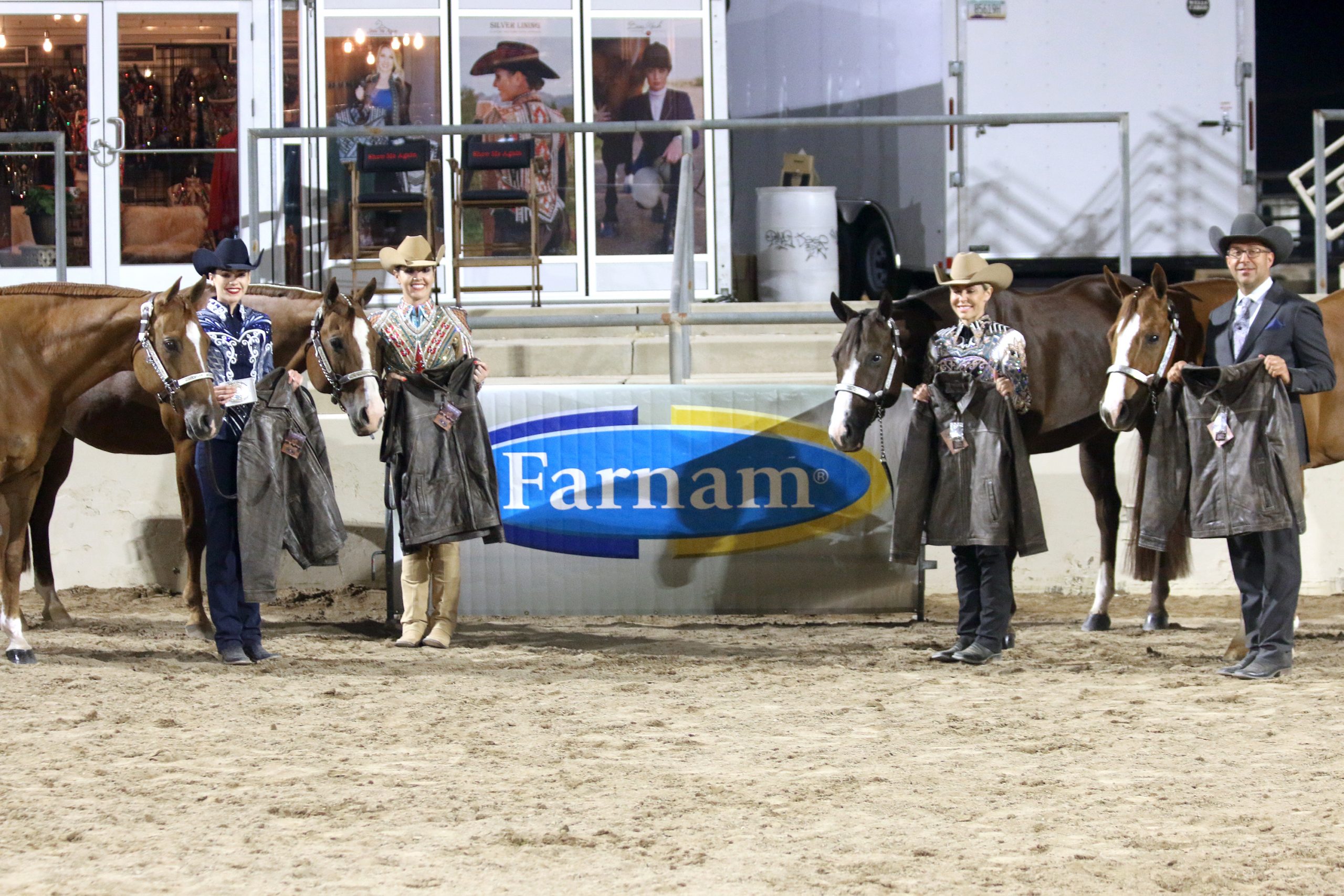 Cinch was the sponsor of the National Championships in Horsemanship. The Youth competition saw Brooke Jolstad and Betta Believe It work their way to the top after getting the judge’s nod in the final match-up riding against Janna Lagace and Huntin Hotty Tottys. “Coming into it, I was super nervous because all these girls are amazing riders,” says Brooke. “Plus I’m friends with them all.” She practiced the pattern the night before just in case she found herself in the finals. Practice made perfect and her smile with her new buckle was priceless.

In the Amateur, fifth ranked Kaleena Weakly was on board Definitely A First riding in the final pairing against the number 1 ranked youth exhibitor Giorgia Medows who had aged into Amateur for this year. Giorgia rode Son Of A Sudden and the pair impressed the judges to claim top honors. The win was extra special for Giorgia as Sun Circuit was the Medow’s family spring break destination.

The Equine Chronicle presented the National Championship in Equitation. The final match up for the Youth tournament featured top 10 ranked competitors. Isabella Buckley showed Shes Rockin My Dream and Emma Dejong was aboard Just Call Me Lazy. Isabella was crowned the Champion, receiving the buckle. She commented afterward, “I didn’t know I was in it until about 20 minutes before. My first go was good, but the second go was a lot better. It’s a really fun format as well as being super challenging.”

The final head to head rides in the amateur tournament featured number 3 ranked Johnna Letchworth riding On The Roks and number 2 ranked Maria Salazar presenting RL Suddenly Lopin. While both patterns were picture perfect, Maria edged out to win the buckle. Sharon Forbes-Hanks and Lopin Makes Me Lazy was atop the leader board in Select with only two others who made it to the finals, Leana Volmer on Al B Making Memories and Jamie Lou Devencenty on The Only Deal. Sharon took home the buckle.

Farnam sponsored National Championships in Showmanship. Anne Wilson presenting RR Certainly A Lady prevailed in her two match up runs in the select finals to win the and the buckle. She was really excited about her progress with Lady saying, “last year I had just gotten her so we didn’t even show here in this class. I’m so pleased how we have come together. She’s sweet and really wants to do well.” Scott Reinartz and Only One Request, Sid Karr and MS ExtremelyHotChips and Jaqueline Marlow showing Mugg Shot rounded out The Four.

Anne Oldfather was beaming when she was awarded her champion buckle in the Farnam National Championship in Showmanship. She had made it to The Four last year. “It’s tough to show in the regular class to make it to the top four, then have to put together another big pattern right away,” she says. “So we worked on preparing to do more patterns this year.” It paid off. She showed two nice runs in the finals with One Exclusive Cookie. Other finalists in The Four were Kaleena Weakly showing Definately A First, Vito Latini showing Bettin Im Best and Meaghan Depalma presenting Dont Think Twice.

The Four contenders in Youth Showmanship were Camille Kennedy, Tatum Keller, Tierney Horton and Sydney Ann Swallom. While they all presented crisp and meticulous patterns, it was Tierney who had the extra polish with Sudden Top Notch to win the champion buckle. 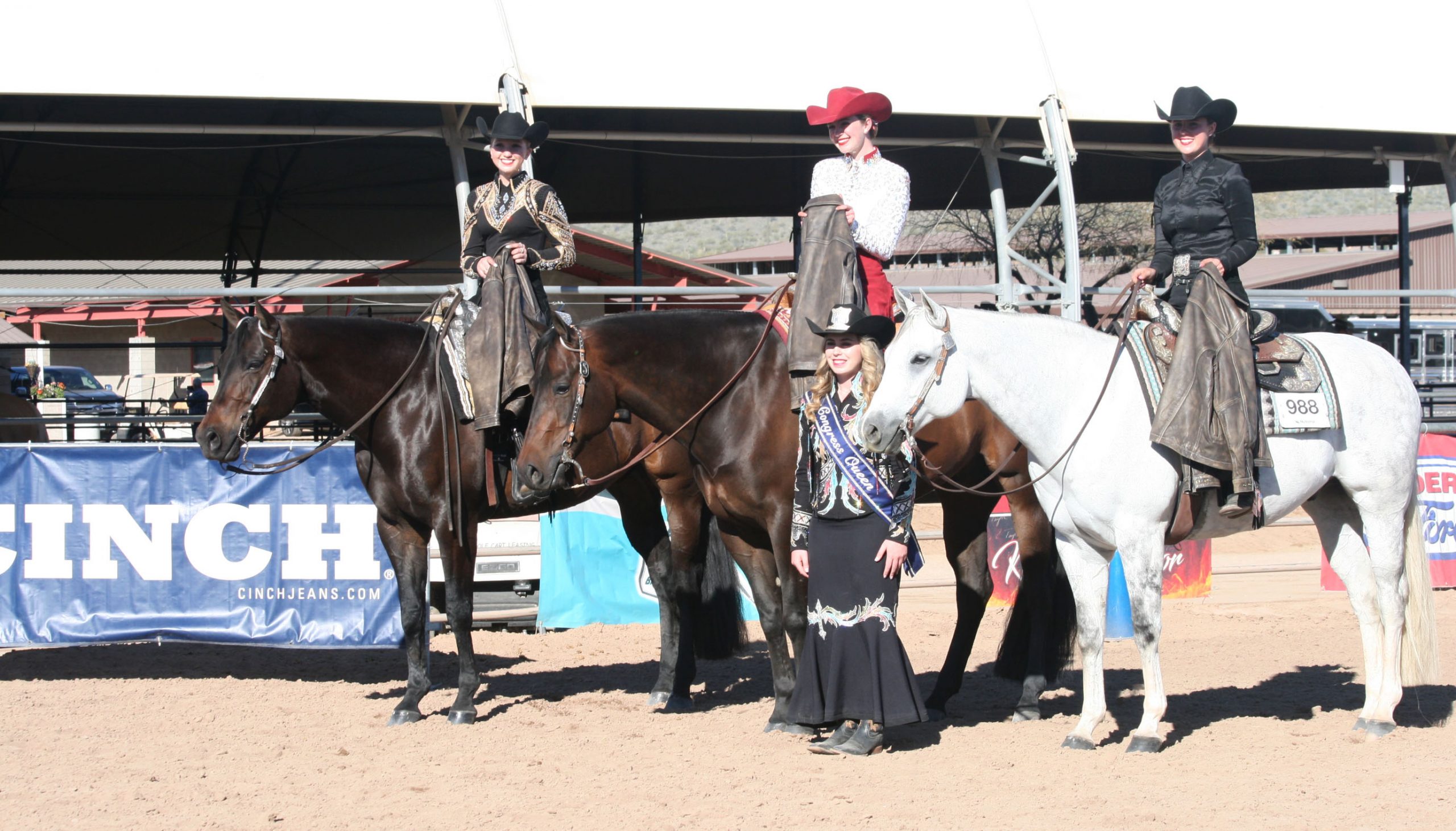 All qualified individuals who are on the Final 2021 Ranking List are eligible to compete in that class and division of the Tournament held at Sun Circuit. Exhibitors will show concurrently with the corresponding regularly scheduled Sun Circuit classes to the first set of judges and the high scoring 16 will be  recognized and promoted via media as having achieved the Sensational 16.

For the second round of the tournament, The Sensational 16 as well as all  other exhibitors will show to the second set of Judges as a part of the regular draw at Sun Circuit.  After the class, the high scoring Exceptional 8 will be specially recognized and receive National Championship hats. 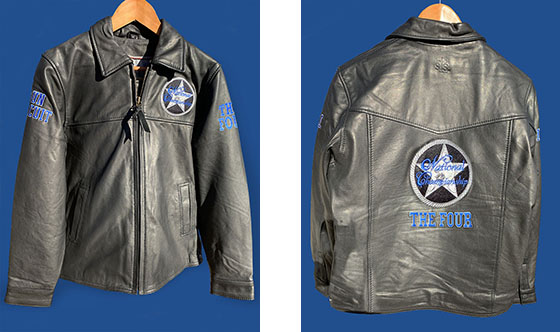 Tie breakers. First Tie Breaker- Highest score dropping one judges score. The judges who’s score count should be announced prior to the start of the class.
Second Tie Breaker- Highest score dropping 2 judges scores.
Exhibitors who aged out of a division are automatically eligible for their new division.
Youth
Youth show only twice to 4 judges in the classes at Sun Circuit. The first time they show we will name the Sensational 16. The Second time they show we will recognize the Exceptional 8. Immediately following that presentation, The Four Youth in each class will be announced.

Exhibitors who placed in the top 5 circuit standings at  Top 20 AQHA participating shows, NSBA World Show, AQHA World Shows were listed for members of the Ranking Committee to rank.